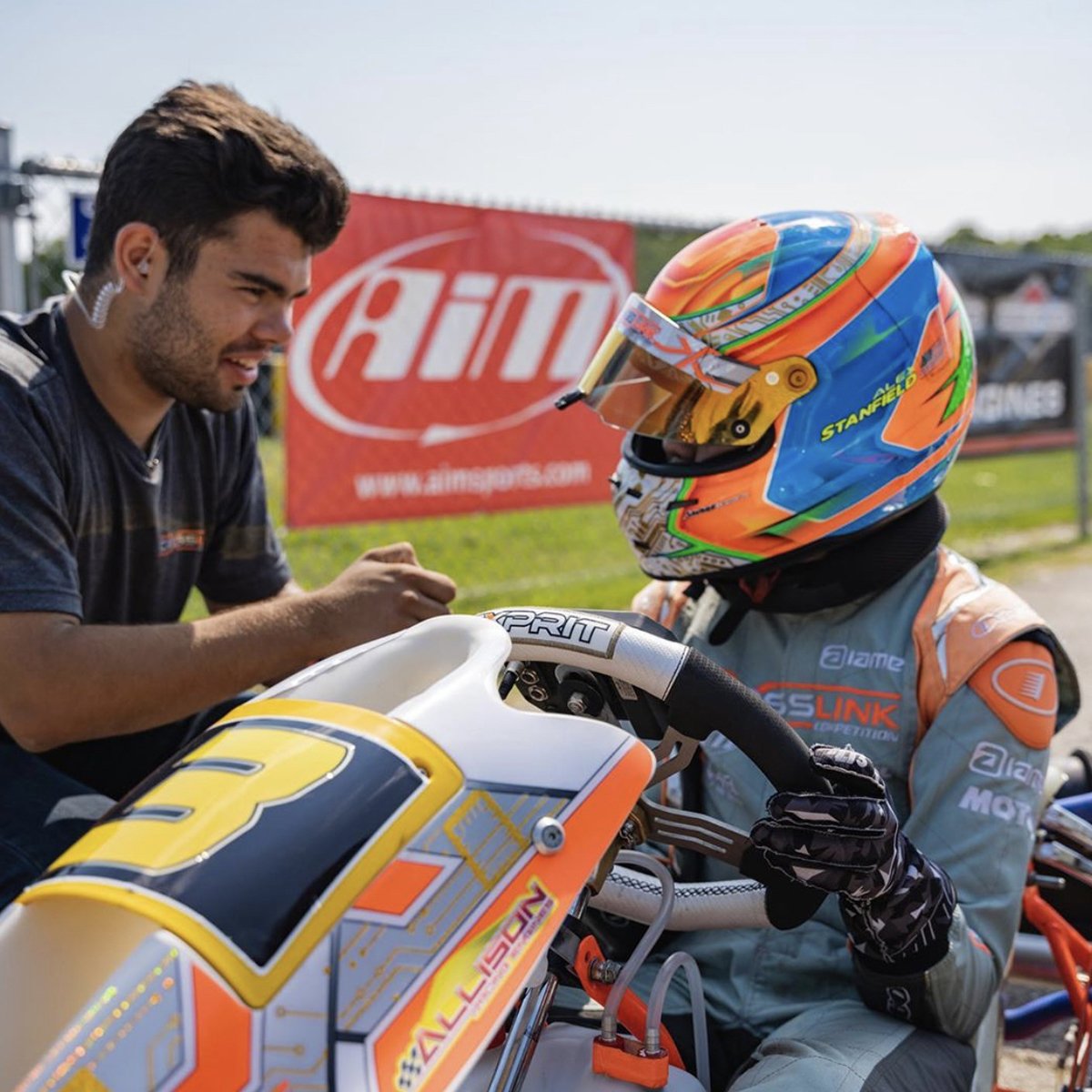 Traveling to another new track for them as a program, Team Crosslink competed at the CTECH Manufacturing Motorplex this past weekend in Elkhart Lake, Wisconsin. Taking on the second event weekend of the United States Pro Kart Series, Team Crosslink drivers remained consistent with Alex Stanfield claiming a heat race win, fast lap honors and a top-five result as all three drivers secured top-ten finishes on Saturday.

“These are all new tracks for our team and drivers as we look to build their experience levels,” explained Team Crosslink. “In doing so, we are competing against teams that are regulars at these facilities and strong programs. We are always up for the challenge as in the end, it makes us better.”

Qualifying third and winning Saturday’s X30 Pro Junior prefinal, Stanfield battled hard in the talent filled class to end the day with a fifth-place finish. Sunday would see a less than stellar qualifying performance as Stanfield was mired back in P17 but managed to drive forward to finish 11th in the day’s final en route to the fastest lap of the race. Courtesy of his performances to date, the Team Crosslink driver sits tied for second in the overall series championship a scant five points from the lead with one event weekend remaining.

Also competing in the Junior category was Aden Rudolph, son of legendary karter Alan Rudolph. Working together with Stanfield and under the watchful eye of Team Crosslink, Rudolph was able to qualify sixth on Saturday before ending his day in tenth. A victim of a similar qualifying performance as his Junior teammate on Sunday, Rudolph qualified on the outside of row six before contact in the main event shuffled him back to a P20 result.

Ryan Shehan was a man of speed in the X30 Pro category. While his ninth and tenth place results were not indicative of his true speed, Shehan had pace to compete in the top-ten but lacked track position in the stout field of Seniors. Ryan currently sits ninth in the championship point standings and will look to move forward at the last event in just over one month’s time.

Owens added, “Ryan drove well as he was pretty much on pace with the top-five drivers all weekend. If he can qualify up there, he will race there and that is what we will work on at future events. Ryan has come a long way since February.”

With no time off, Team Crosslink will quickly return back to their home base before traveling to Speedsportz Race Park in North Houston for the next round in the Texas Sprint Racing Series (TSRS). With sixteen entries, Team Crosslink will have a presence in nearly every class.