Podiums in Karts and Cars for Team Crosslink 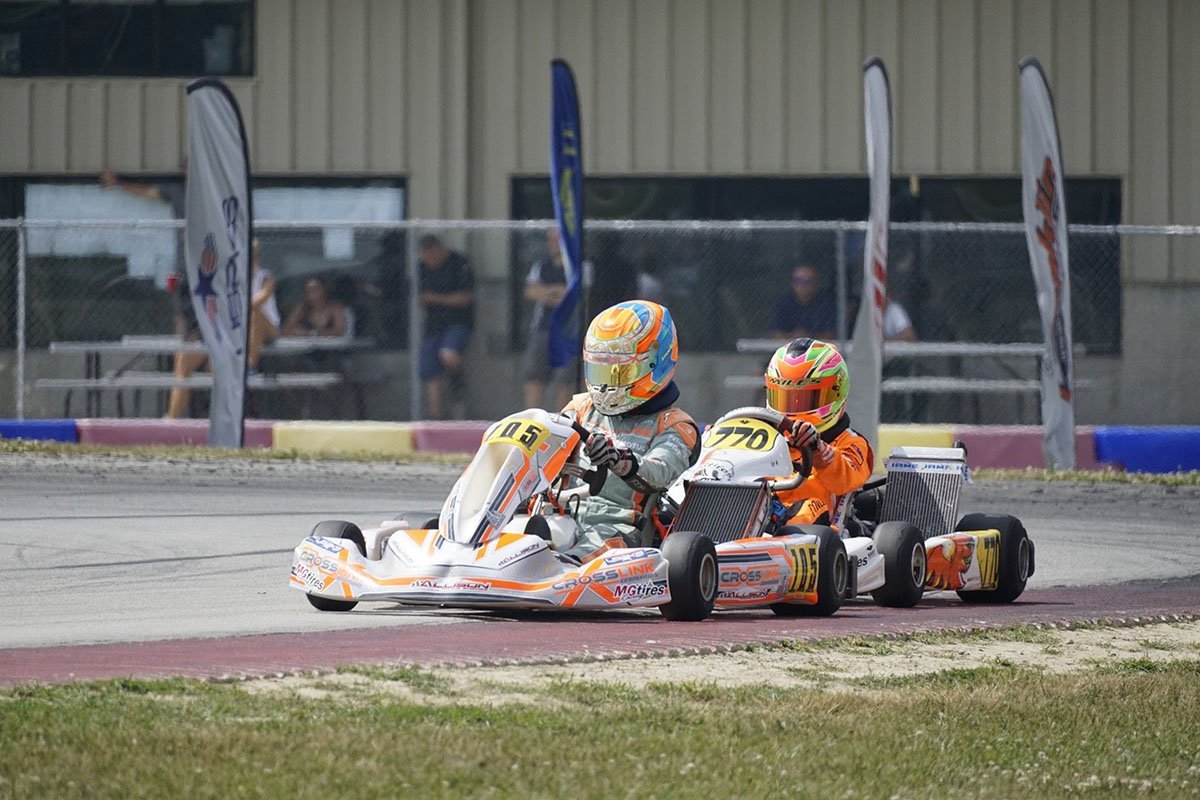 In their first split squad event of 2020, Team Crosslink put drivers on the podium at both New Castle Motorsports Park (NCMP) in Indiana and Virginia International Raceway (VIR) in Virginia. Competing in the second event weekend of the F4 United States Championship and FR Americas Powered by Honda, as well as the first event of the 2020 United States Pro Kart Series (USPKS), it was a hot and humid weekend in both states as team drivers searched for the top step of the podium.

After qualifying second for the first FR Americas race of the weekend, Josh Car had an unfortunate incident near the end of the session that brought out a red flag. By the rules, Car would lose his fastest lap and be penalized three positions as he was forced to start the first wheel-to-wheel action of the weekend in P5. Looking for redemption in Saturday’s one and only race, Car did just that as the 2019 F4 Champion drove forward to finish second, his first podium performance of 2020.

Team Crosslink teammate Jose Blanco entered the season as one of the favorites but had a disastrous Saturday behind the wheel. After qualifying fourth and setting himself up to challenge for a podium result, Blanco was a victim of an overanxious competitor that heavily damaged his Ligier JS F4 and forced him to the sidelines.

Both Car and Blanco returned to the track Sunday for two races each as they both looked to better their results from Saturday. Blanco solidified himself as a contender as he took his beaten-up race car after Saturday’s incident to a top-five result in round four on Sunday. Car rocketed off the line at the start line during the start of the fourth round in the FR Americas program to take the point in the talent filled field. Falling back to his original start position before the halfway mark, Car maintained his speed and gap to the rest of the field to add his second podium result of the weekend in P2.

Race three on the weekend would see Jose Blanco move forward from his ninth place starting position to earn another top-five, finishing fourth. In a race that was halted several times due to yellow flags and eventually finished behind the safety car, Blanco made quick work of competitors during green flag laps to advance forward five positions. FR Americas competitor Josh Car lined up for his third race of the weekend on the outside of the first row and put pressure on the eventual race winner throughout the thirty-five-minute race. Falling just short in the end, Car had his best FR weekend of the year claiming three podium results and garnered multiple points that will aid him in his quest for the championship.

In the Team Crosslink karting program, it was Alex Stanfield that gave the squad their best results on Saturday as he drove to an impressive second place finish in the X30 Pro Junior, adding to his ninth-place finish in KA100 Junior. On Sunday, Stanfield returned to the top-five with a fifth-place effort in X30 Pro Junior. Team Crosslink teammates Aden Rudolph and Myles Ho competed in X30 Pro Junior and KA100 Junior adding 22nd, 23rd and a pair of 18th place finishes. Ryan Shehan was the best of the X30 Pro Crosslink competitors with a 15th place finishes, showing big improvement in the main event while Reilly Cann closed his Saturday in 30th. On Sunday, during a damp main event both drivers gained some wet weather experience that will aid them in future events at both New Castle Motorsports Park and across the United States.